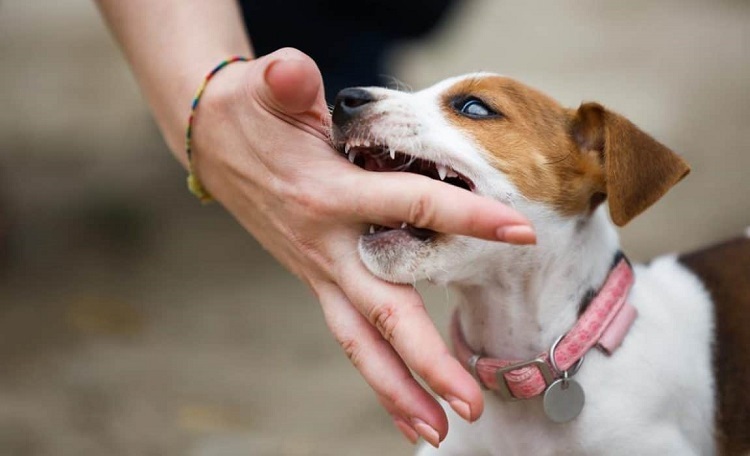 You adopted a dog because you’ve wanted one for a long time, and you knew your five-year-old granddaughter would enjoy it. However, it turns out your dog has become extremely aggressive toward your grandchild, and she is terrified of him. What makes a dog aggressive?

This is a multifaceted issue. If a dog is fearful, he can display fear-motivated aggression. The dog thinks he’s in danger of injury thus behaves forcefully. Some dogs shy away when you reach for them because the animal thinks you are going to strike him. Other canines may innately be extremely apprehensive and act accordingly when another dog comes toward them.

Dogs are territorial. If someone enters their territory, including your non-threatening five-year-old granddaughter, the canine may behave forcefully because he is protecting his domain, which may reach well beyond the boundaries of your yard. When you walk your dog, note that he periodically stops to urinate on bushes and the base of trees. He is ‘marking’ his territory.

When someone or something (another dog) enters the canine’s territory, he becomes protective aggressive because the dog is protecting you, your property, himself, his dog companions (other pack members), his food and toys.

When a dog possesses dominant-aggressive behavior, it makes intimidating growls, stares and engages in frenzied tail wagging. The canine’s muscles are rigid, and the ears are perked-up. The dog may place his paw on other dogs or jump on people.

The dog that is defensive-aggressive may resist physical contact with humans. This indicates some sort of ill-adjustment or strain on the animal. The animal doesn’t make eye contact and may tuck its tail between his legs and flatten ears against its head. This dog may act viciously or impetuously.

Sometimes dogs engage in redirected aggression, just as humans do. For example, if another dog has given him grief, but he is not able to respond in kind, he may redirect his anger and aggression toward his owner or toward an innocent dog.

Another kind of aggression is predation, which is not common. It is sparked by the desire to obtain food, not the desire to bully or harm. Predation is an interaction between species in which one species uses the other species as food.

Dogs have personalities just as humans do. Some are more hostile than others. One dog may be subjected to antagonistic behavior from other canines or humans and never resort to biting whereas another dog may have a short fuse and become aggressive with very little provocation.

How a dog behaves depends on his genetics and his environment. Other determining factors are the dog’s age, gender, overall temperament and breed.

If your dog was mistreated neglected by humans prior to you adopting the dog, it could be he is a product of that treatment, which made him aggressive.

What can you do about it?