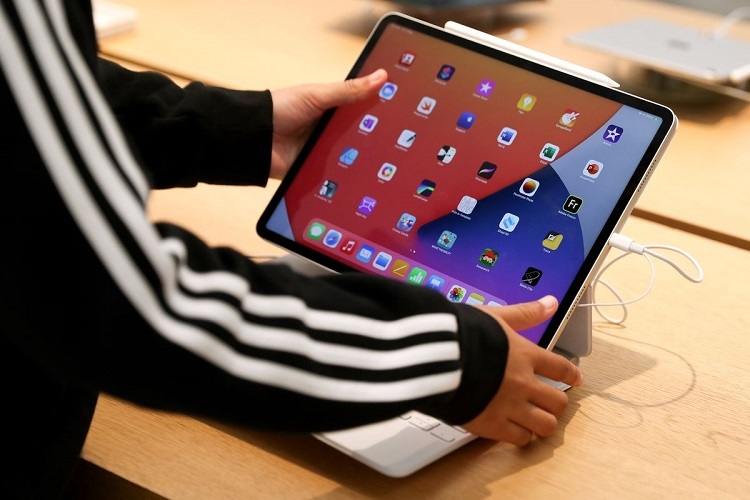 The tech world is known for crazy ideas, funny names (remember when Nintendo announced the Wii?), and surprising successes. It’s also the industry where powerfully engineered design rules above all else; when it comes to technology, design isn’t just a matter of taste. Apple showed that the science of ergonomics can be applied to all elements of a technology’s design, from its revolutionary Macintosh to the click wheel on the explosively popular iPod.

Again and again, Apple showed that it could change the world and the shape of the market with technology. In 2006 Apple introduced what is considered by many to be the first true smartphone – the iPhone. But even Apple believers faltered when Steve Jobs announced Apple’s touch screen tablet computer: the iPad.

“Has Steve Jobs Finally Lost It?”

The first generation iPad didn’t exactly impress critics – PC World called it “awkward to handle” and deemed critical reaction “underwhelming.” Others were quick to criticize Apple for the name, which some found somewhat embarrassing. Apple was also criticized for the iPad’s lack of multitasking and Flash support; indeed, Android devices had both of these capabilities well before the iPad.

The Power of Simple and Easy

The iPad had something from the beginning that Android still struggles with, however: its multi-touch screen has always been smoother and more intuitive than any Android device, and despite Google’s best efforts with the latest “Jellybean” update, many users still complain about lag between input and the screen’s reaction. In every aspect of the iPad’s design, the same polish shines.

As time went on, the iPad name and branding remained, but Apple continued to refine its product, adding high-res cameras, better processors, and higher resolution displays. The “App Store,” which had been so successful on iPhones, continued its financial barnstorm on the iPad, selling over 25 billion apps.

The iPad permeated society in wildly disparate markets, from business users toting their iPads to meetings, to mothers using the device as a virtual babysitter. The top-selling app, Pages, is a text and image editing program – on a device which was criticized at first for its lack of a hardware keyboard. The second-best selling iPad app, Angry Birds, is so successful, there’s a movie deal in the works slated for 2016.

iPad Sales in the Post-Jobs World

As Apple released follow ups to the original iPad the sales went through the roof, moving over 30 million iPad 2 units in the September 2010-September 2011 financial year, going on to sell 3 million iPad 3 units on its opening weekend alone. The iPad mini is on track to outsell the iPad this year.

But What Led to the iPad’s Roaring Success?

Steve Jobs’s philosophy was that consumers shouldn’t have to work to do the incredible things computers are capable of; the computer should do the work for them. Google, Facebook, and Microsoft all continue to take their cues from the enduring lessons of Apple’s philosophy. Google’s “Google Now” service is a blatant reply to the iPhone’s Siri’s predictions about its user’s preferences. Apple’s engineers continue using the same philosophy: polish and refine your product based on real-world metrics. Find problems before they exist. Anticipate users’ needs, and then go beyond their expectations.

In the end, success in the tech industry isn’t about a product’s name or critics’ first impressions. It’s about how well it delivers on the promise of what a computer can be.